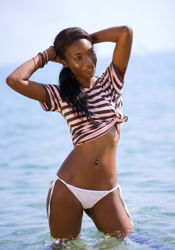 An abdominoplasty (tummy tuck) tightens the abdominal walls and removes excess skin to create a flatter contour of the abdomen. This procedure is popular with mothers who have passed their childbearing years and is not recommended for women who may get pregnant in the future. Also, people who have undergone bariatric (weight loss) surgery are common subjects of tummy tuck surgery. Anyone who has difficulty reducing abdominal fat and increasing tone despite frequent exercise is a good candidate for this surgery. Read More >>

The most popular cosmetic surgery procedure in the U.S. today, liposuction sculpts the body by removing undesirable fat from areas of the body such as the abdomen, waist, hips, buttocks, thighs, knees, chin, cheeks, neck and upper arms that have not responded to diet and exercise. Local anesthesia or general anesthesia may be used and can last anywhere from one to five hours depending on the amount of fat being removed. Read More >> 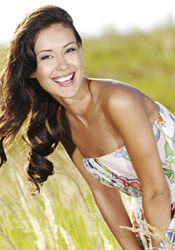 Brachioplasty, commonly known as an arm lift, attempts to procure a more natural and youthful look by removing the fat and excess skin hanging down from the underarms. This is most commonly requested by aging women, but some men opt to have this procedure as well. An arm lift is often performed on post-bariatric surgery patients who have lost huge amounts of weight in a short amount of time. The procedure helps to relieve patients’ self consciousness in wearing short sleeves or otherwise showing their arms.

During the arm lift procedure, the incision is made beneath the arm and can extend from the elbow to the armpit, varying upon how much skin must be removed. The skin is then cut away from the rest of the arm and pulled taut around the extremity.

This procedure is very likely to leave a scar that could be noticeable. Most doctors can adjust where they make their incision so that the cut runs either underneath the arm or on the inside surface. These are less visible in normal poses and can improve over time as the scar fades. However, most patients need to be firmly aware that they are essentially trading “skin for scars” with this procedure.

The initial recovery time for this procedure is short, as the patient may return to light work within a week or less. However, exercise must remain off limits for two weeks. The results will be immediately obvious, but will show apparent improvement over the next two weeks as swelling subsides. The scars will heal and mature over the next six months, possibly fading from sight entirely. 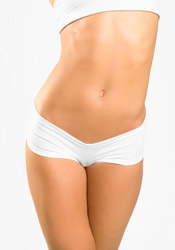 A thigh lift is performed to tighten the skin around the inner thigh to form a more aesthetically pleasing frame. The outer thigh is generally not targeted in a thigh lift as liposuction and a butt lift tend to produce better results in that area of the leg.

This procedure requires a surgical incision of varying size based on how much skin must be removed. The location of the incision is usually on the medial side of the thigh and can be adjusted based on clothing preference or overall reduction of visibility.

After surgery, the patient is dressed in a compression garment to limit swelling. Discomfort is generally minimal in smaller lifts, but when large amounts of skin are removed, an overnight stay in the hospital may be required. In either case, pain medication and anti-inflammatory methods will be utilized.

Light labor is normally possible after less than two weeks, while most physical activity is permissible at four to six weeks. All symptoms should be gone and scars maximally faded within six months.

Fat transfer or liposculpture, is a surgical procedure that involves restoring lost volume in an area with the patient’s own fat, taken from the abdomen, thighs or other areas. This procedure is effective in treating sunken cheeks, facial lines, acne scars and other areas of lost volume that have developed as a result of aging, sun damage and other conditions.

Unlike fillers and other volume-enhancing treatments, fat grafts are taken from the patient’s own body, and as a result cannot cause an allergic reaction. The fat is naturally accepted by the body. Fat transfer also last longer than synthetic materials.

During the fat transfer procedure, fat is harvested from the donor area by inserting a cannula and suctioning out the fat, similar to liposuction. This is done under local anesthesia to minimize any potential discomfort. The harvested fat is then purified so that only the fat cells are grafted. Once the fat is ready to be placed, it is injected into the targeted area through a cannula until the desired appearance is achieved.